Handball fanatics battled it out at the annual Fun Tideland Olympics which took place today in the Wadden Sea, Brunsbuettel, northern Germany.

Some 100 athletes took part in the so-called “Wattoluempiade”, or mudflat Olympics, on the muddy banks at low tide of the Elbe.

Handball, soccer, mud-eel racing, long distance wellington throwing and mud cycling are some of the events that have graced the Mudflat Olympics

Organizers have held the annual competition, alongside a festival for local groups, to benefit the Schleswig-Holstein Cancer Society since 2004.

The tradition of mud sports goes back a long way to Brunsbuttel; where local athletes first staged a Mud Olympics by the river in This year, huge crowds gathered to watch the highly competitive handball matches. 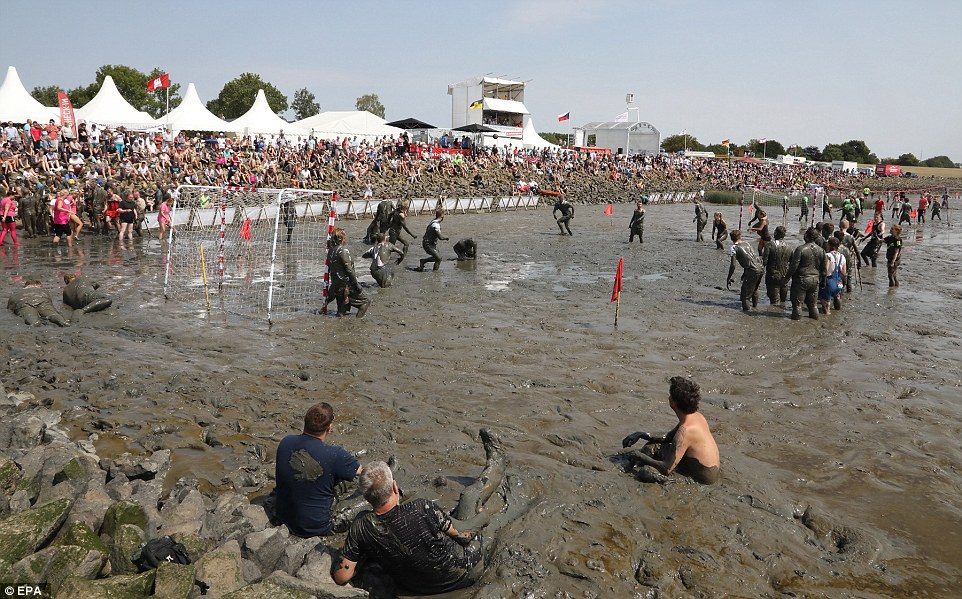 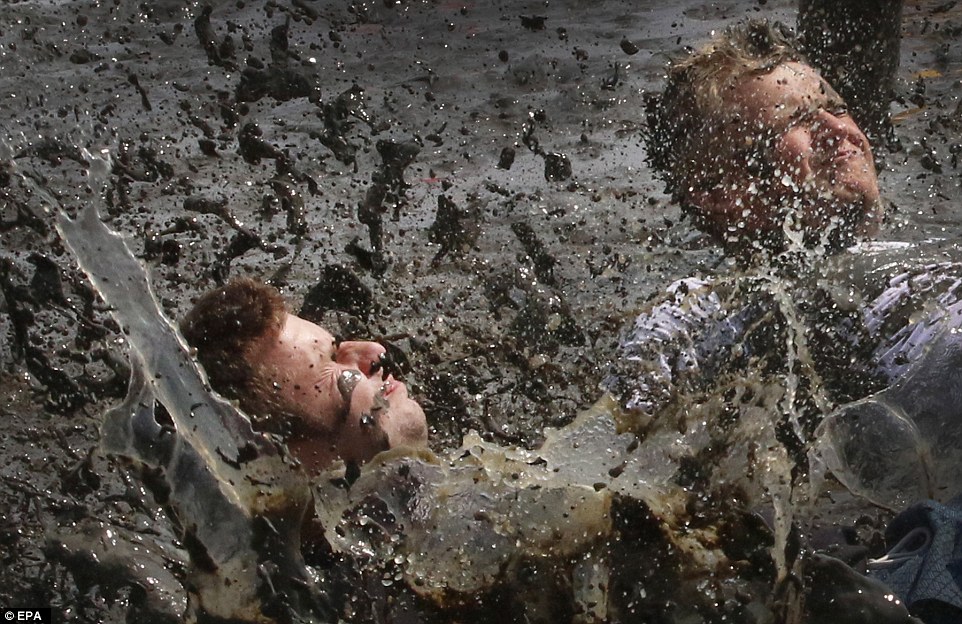 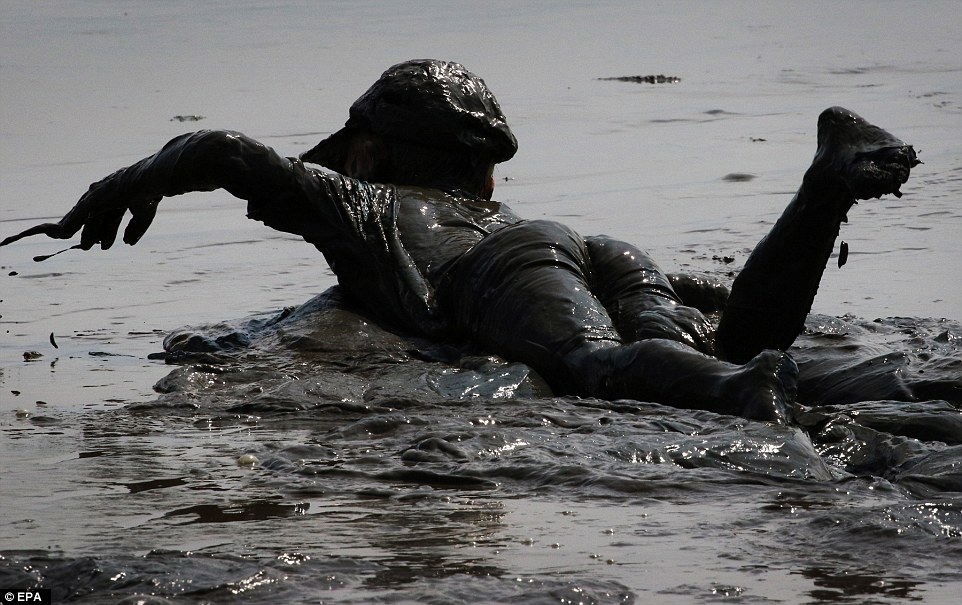 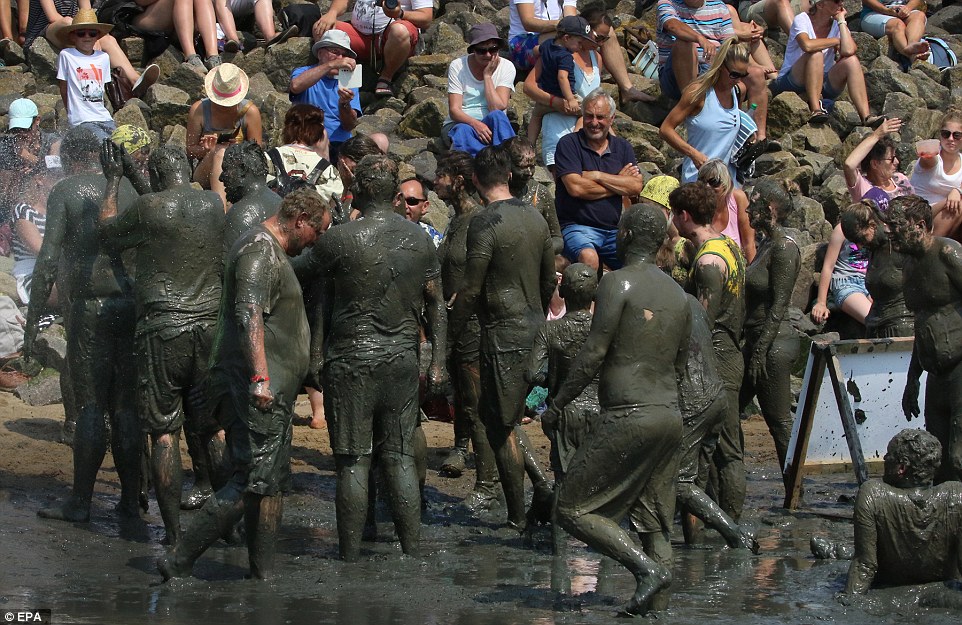 After a tough muddy game of handball, the players line up for a well-deserved shower 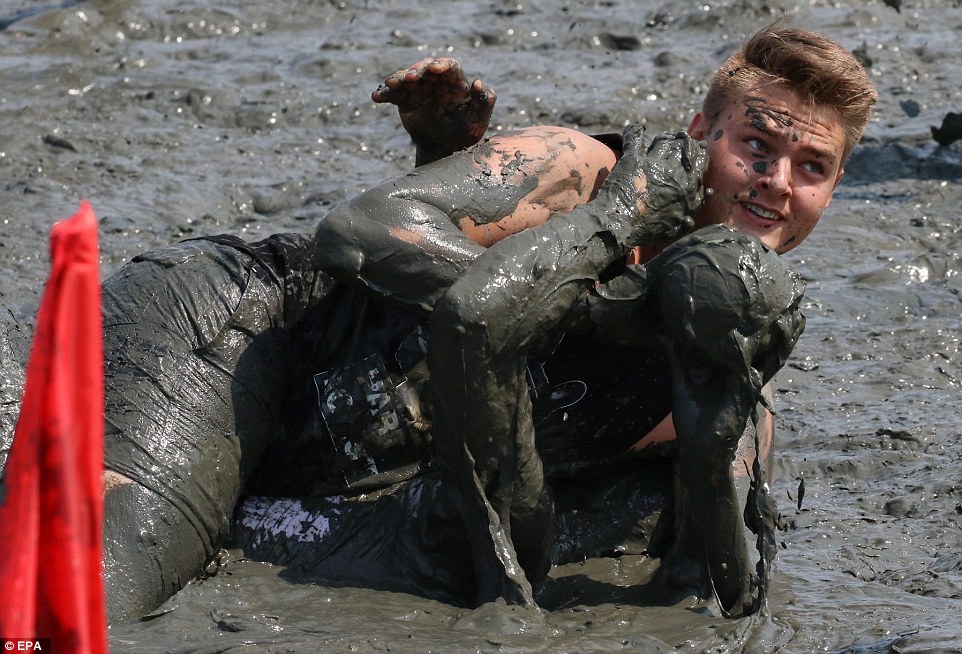 The game quickly became competitive as players battled to gain the upper hand. 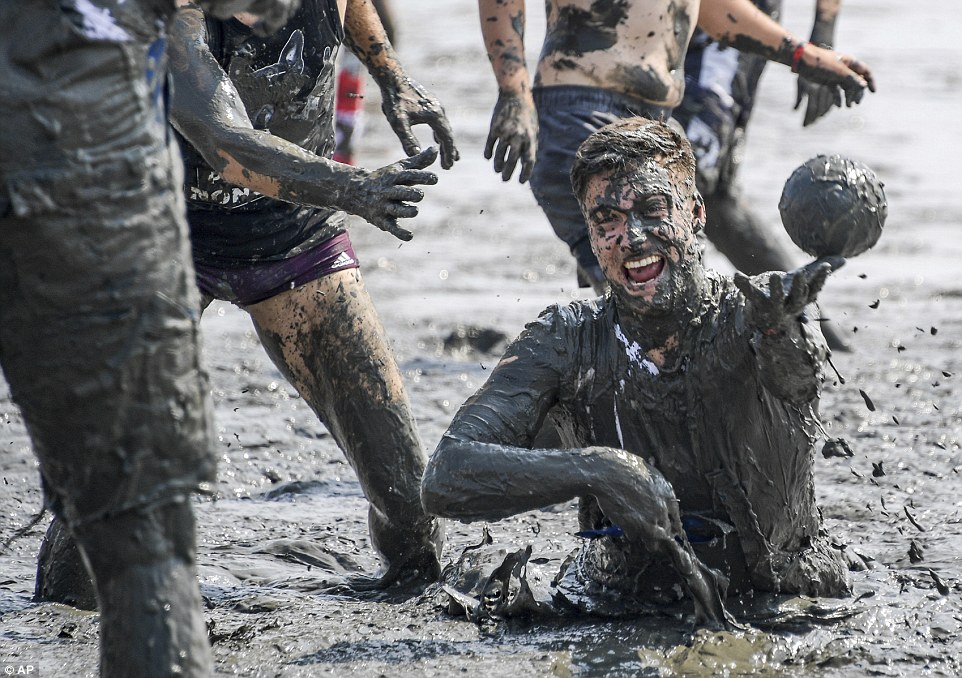 No need for team colors in this game, with each team sporting an attractive dark brown kit 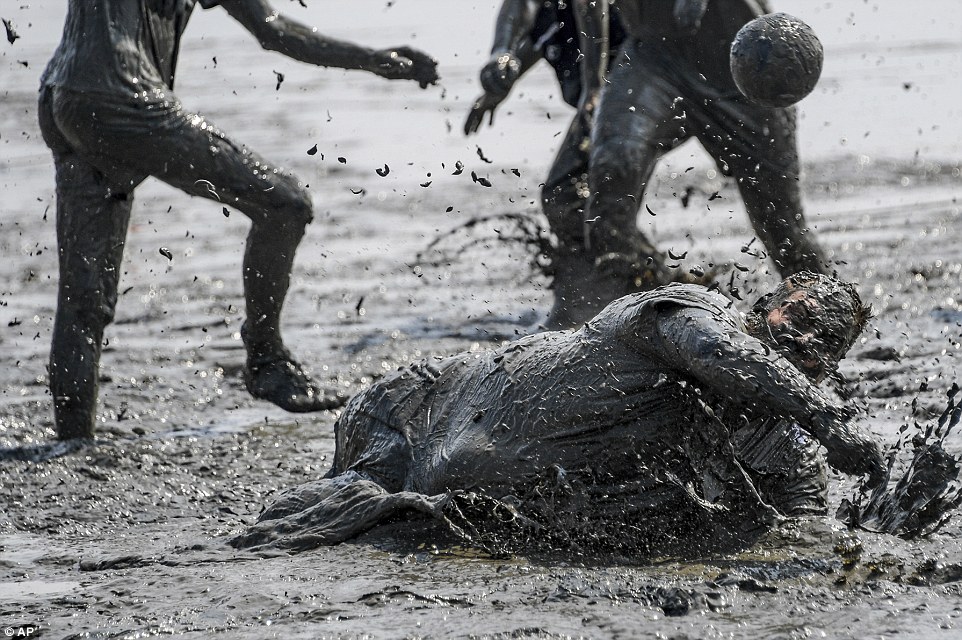 With the pitch, ball, players and kits all the same color, it’s a wonder these teams have finished playing 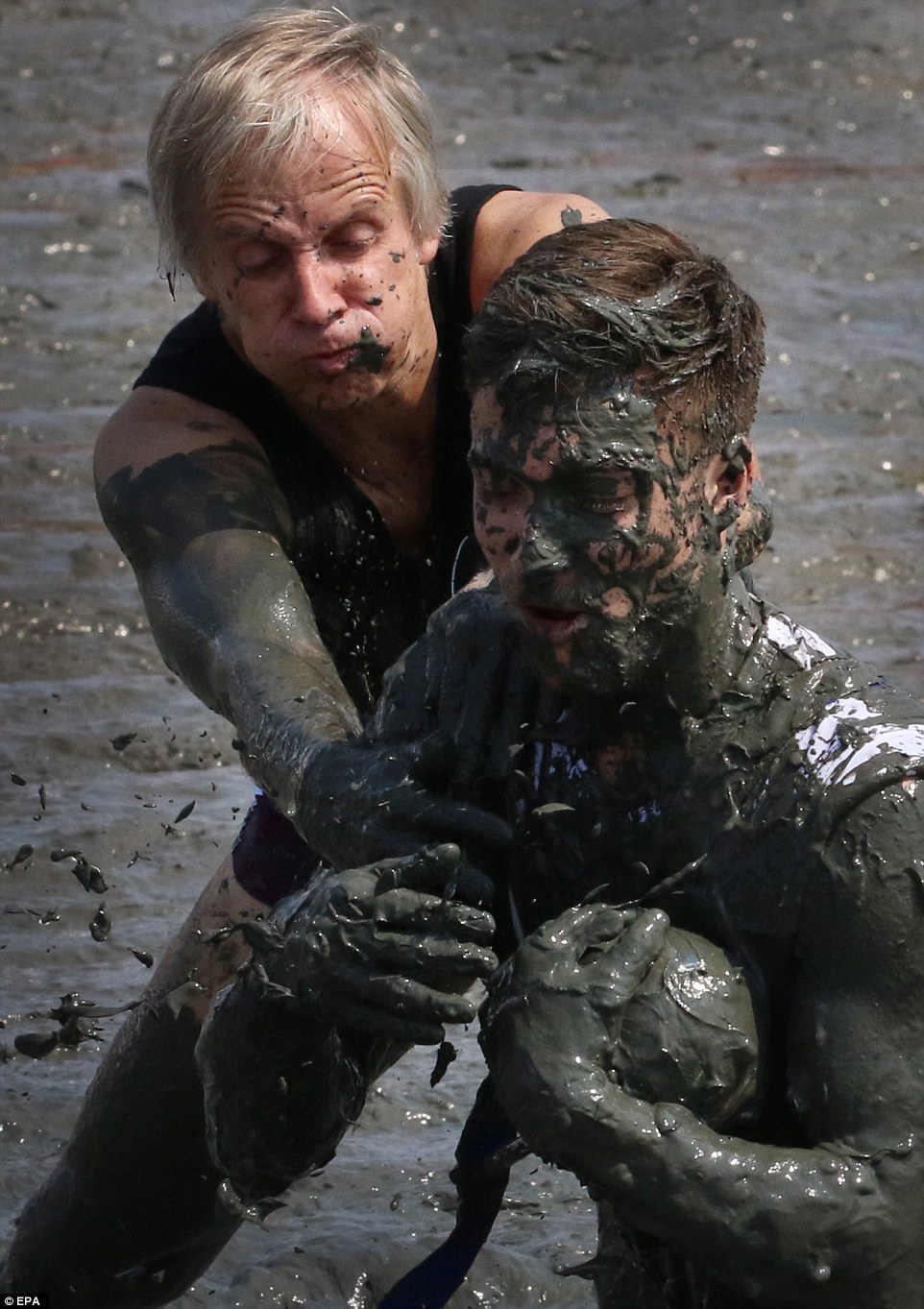 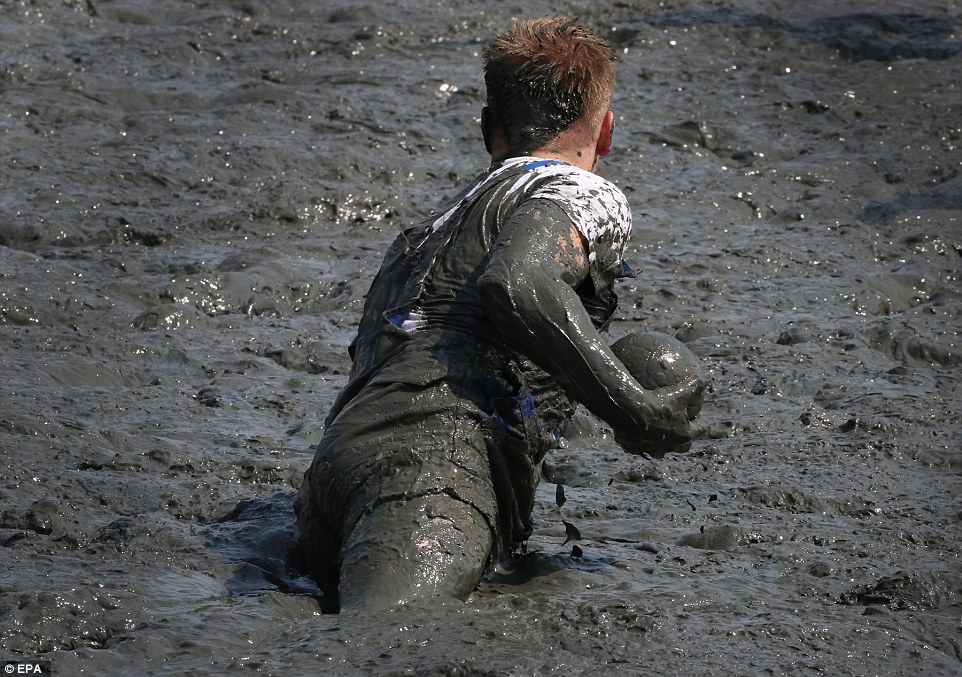 Mud was so deep in places it left players waist deep 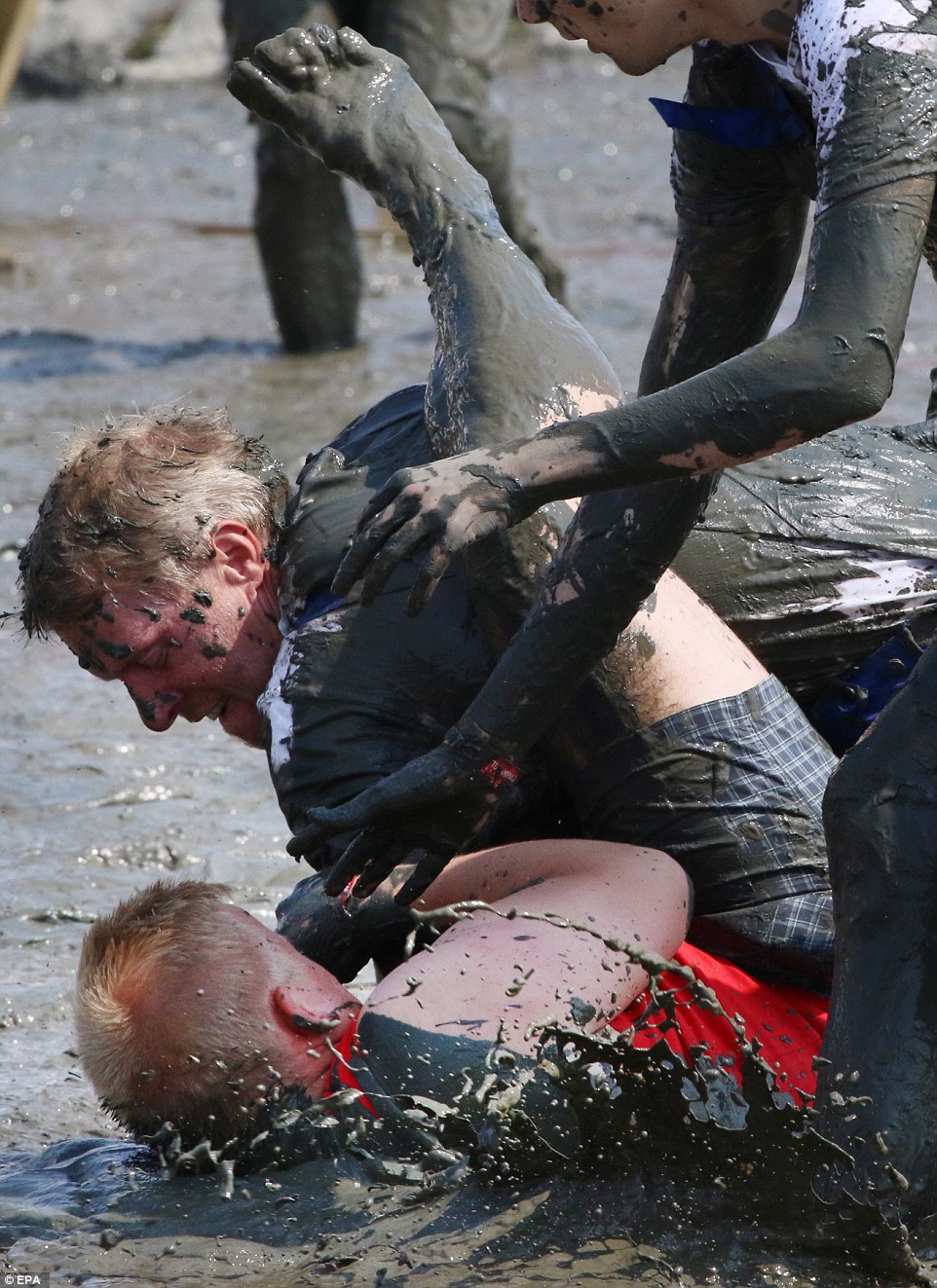 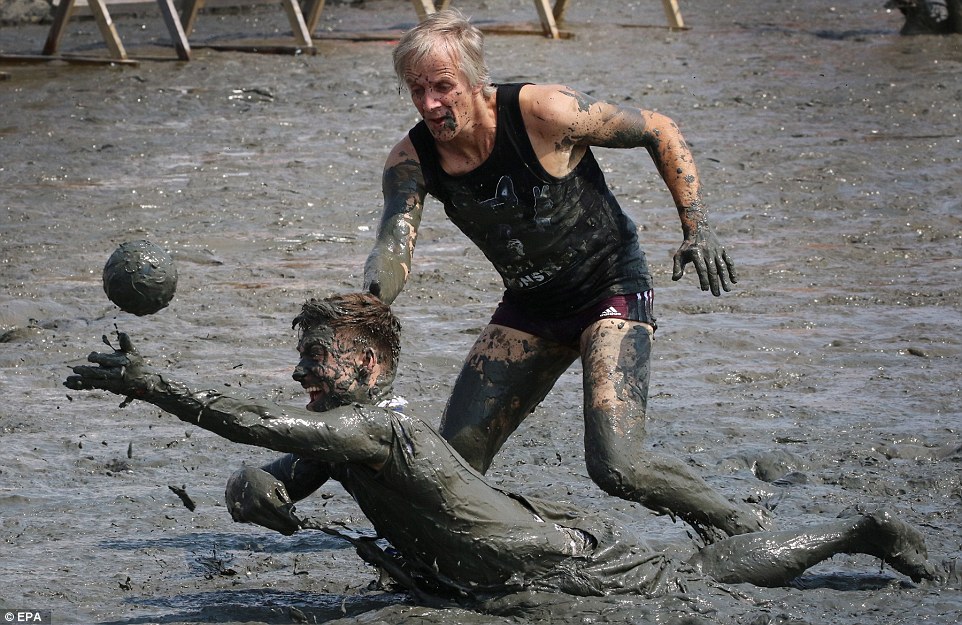 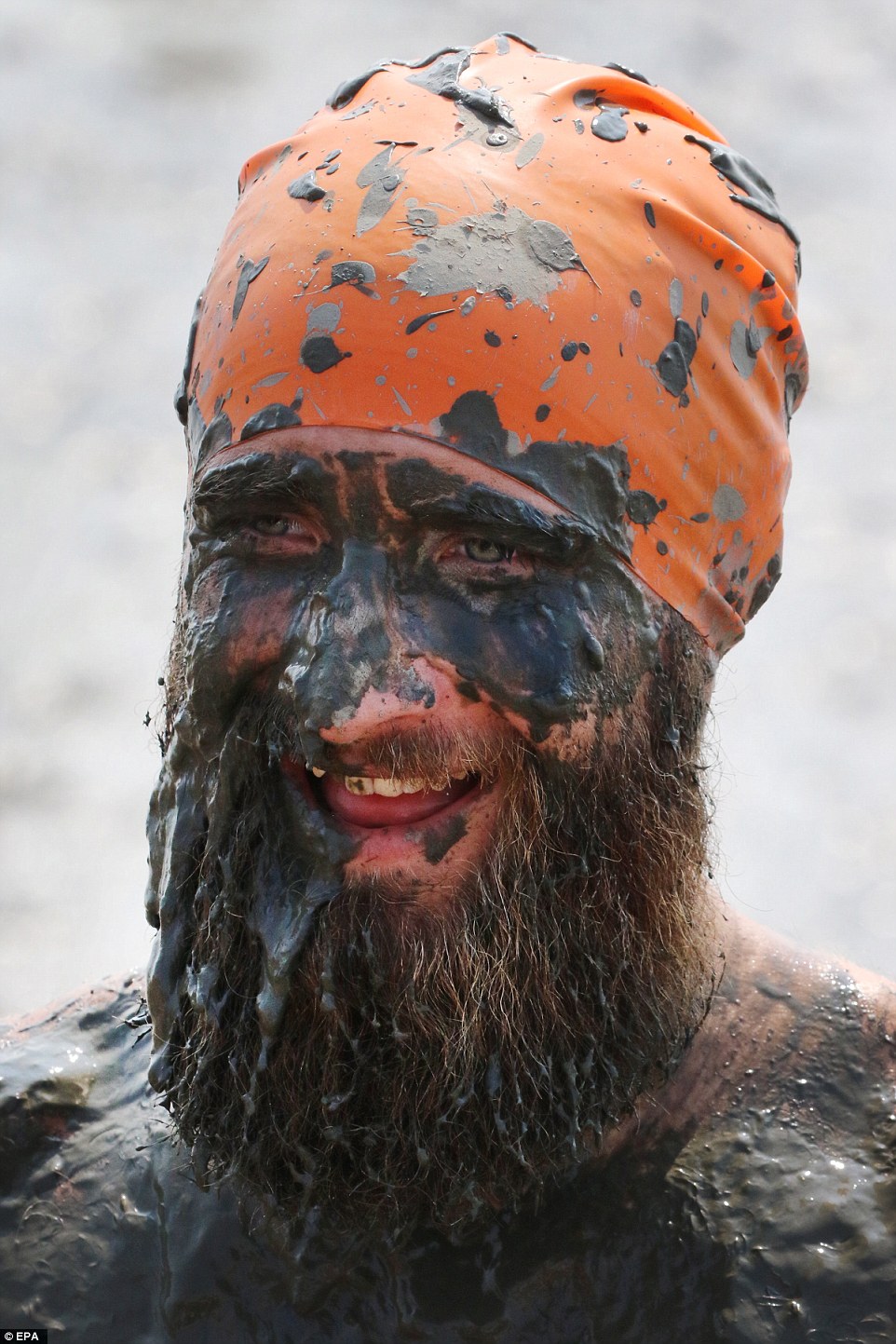 He may have combed the mud out of his beard for a long time, but at least he had fun 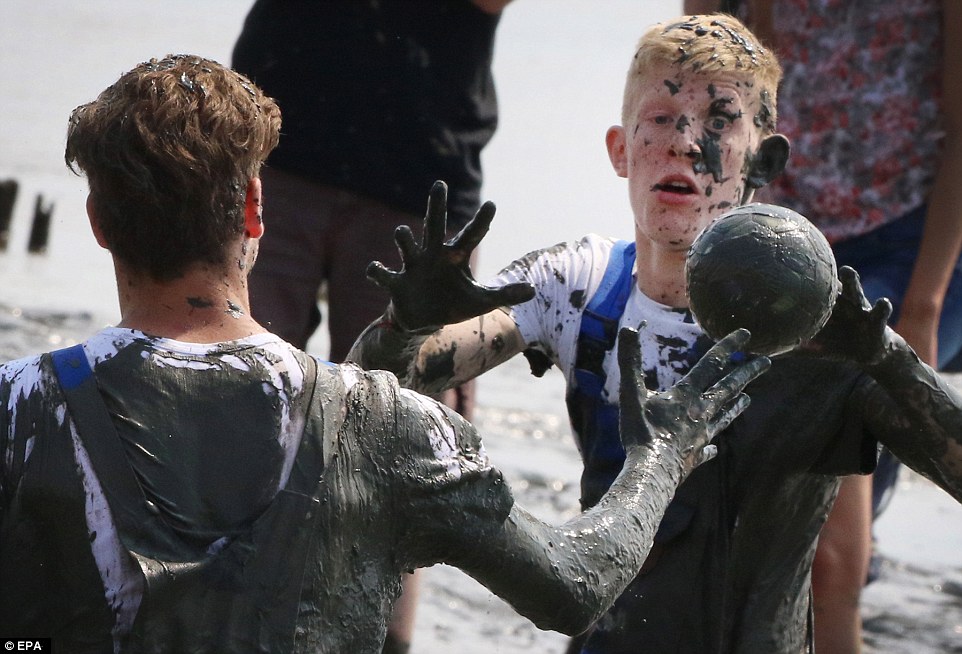 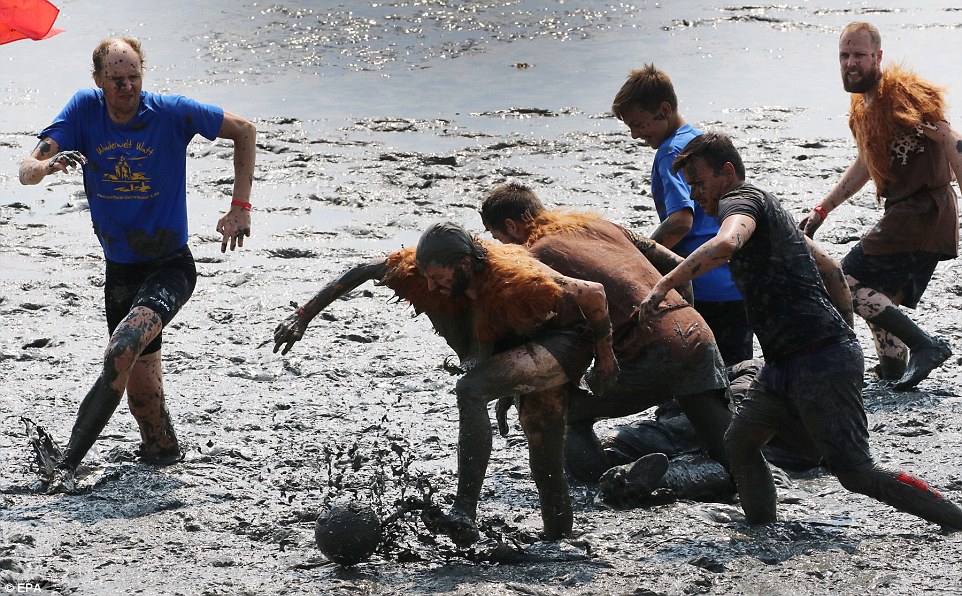 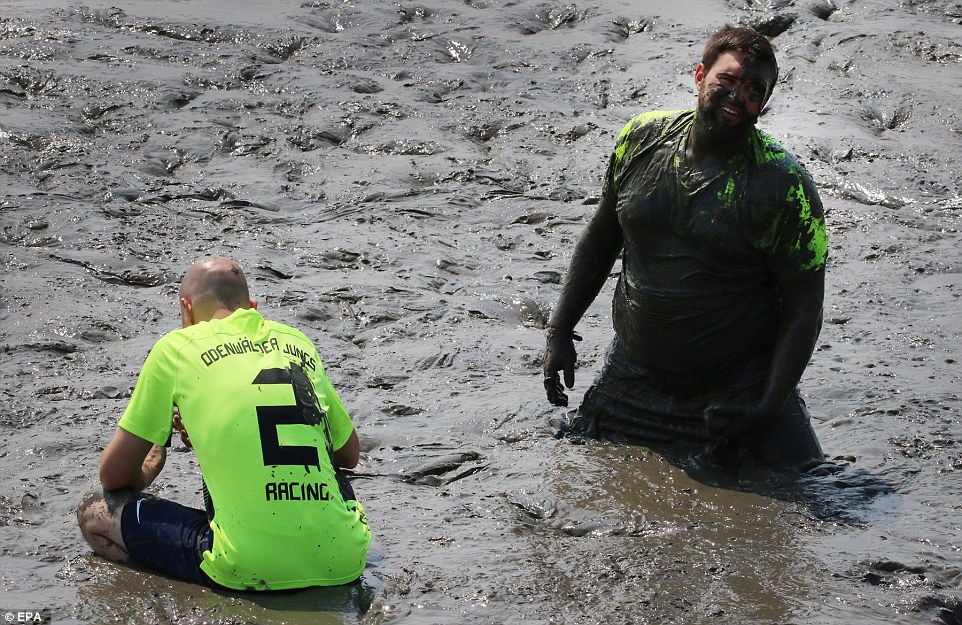 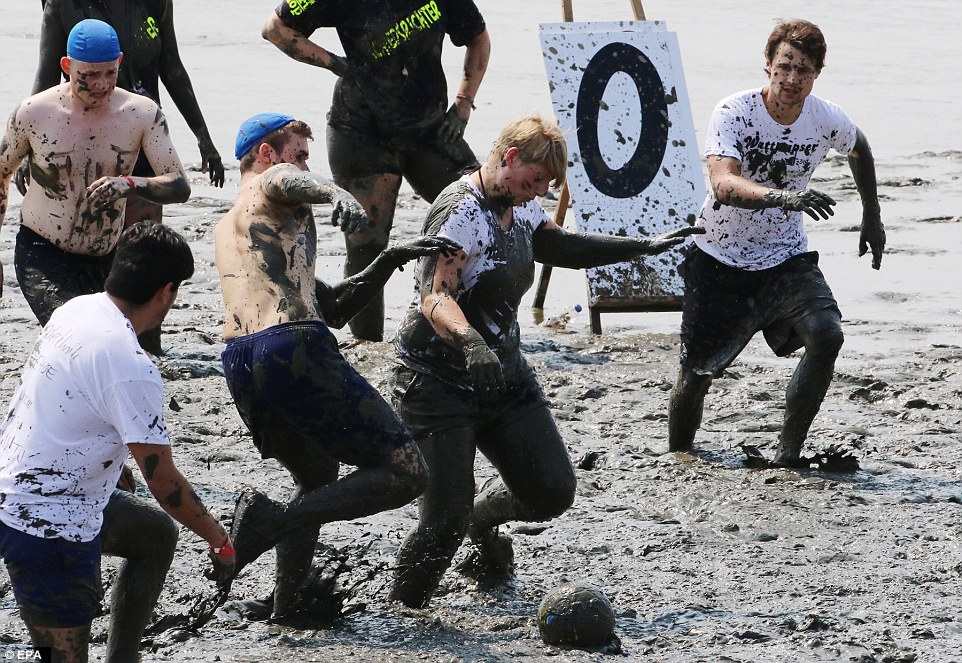 Swim caps and bare torsos were the order of the day for this rugged squad, which presumably saved a bucket load on cleaning costs 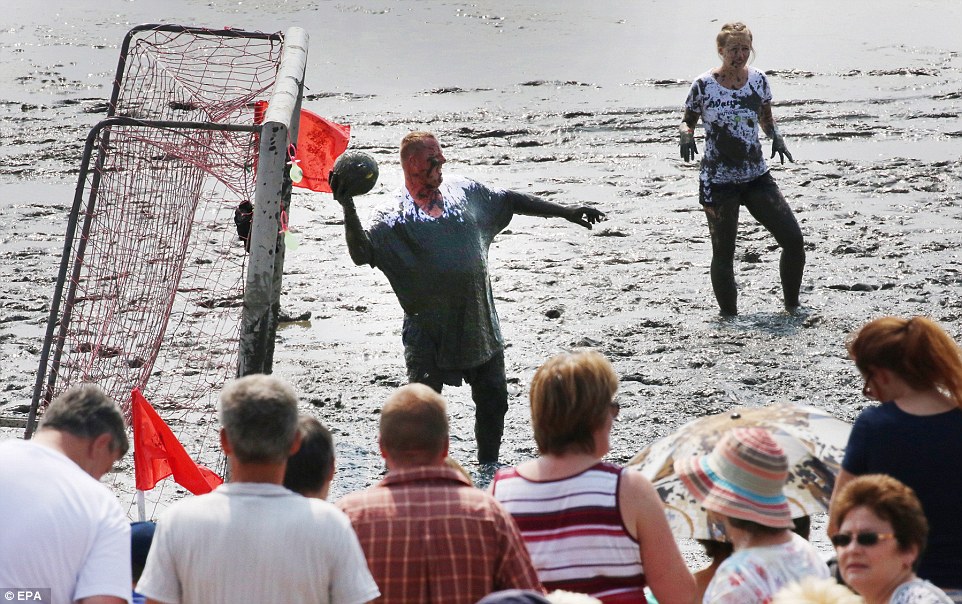 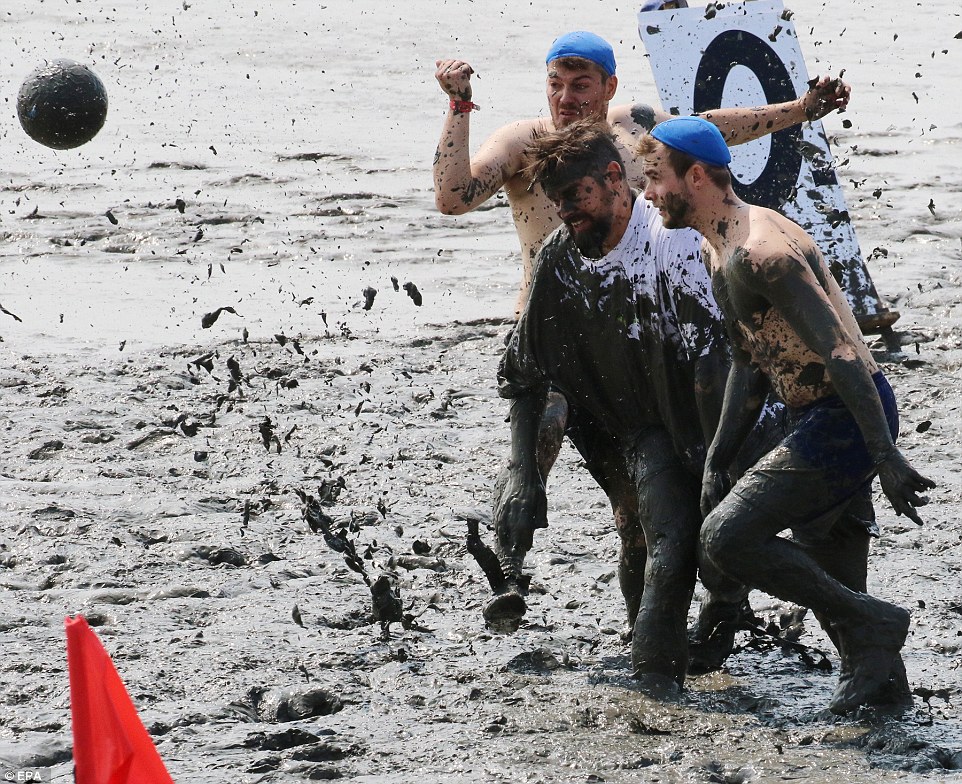 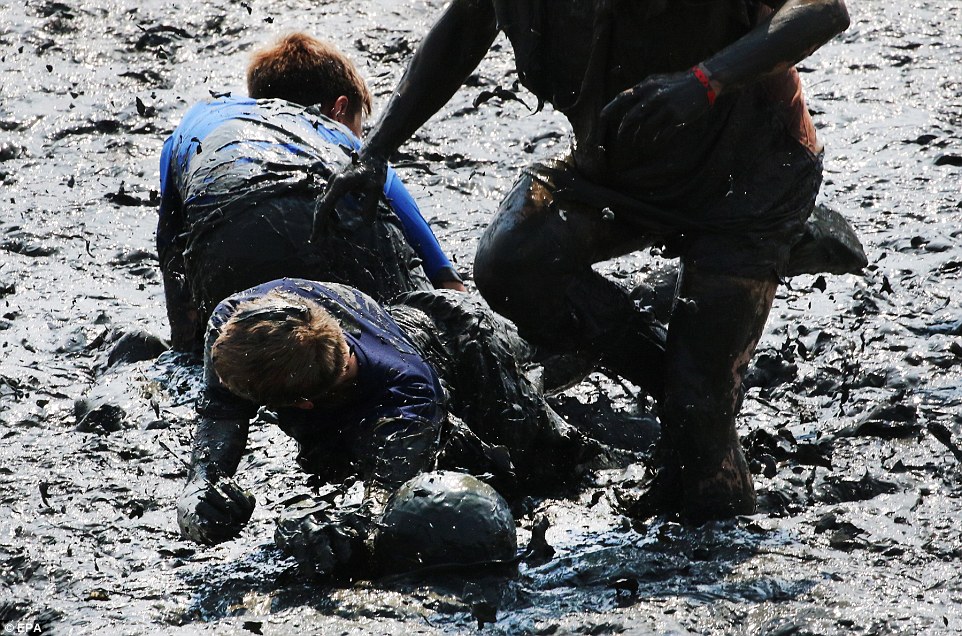 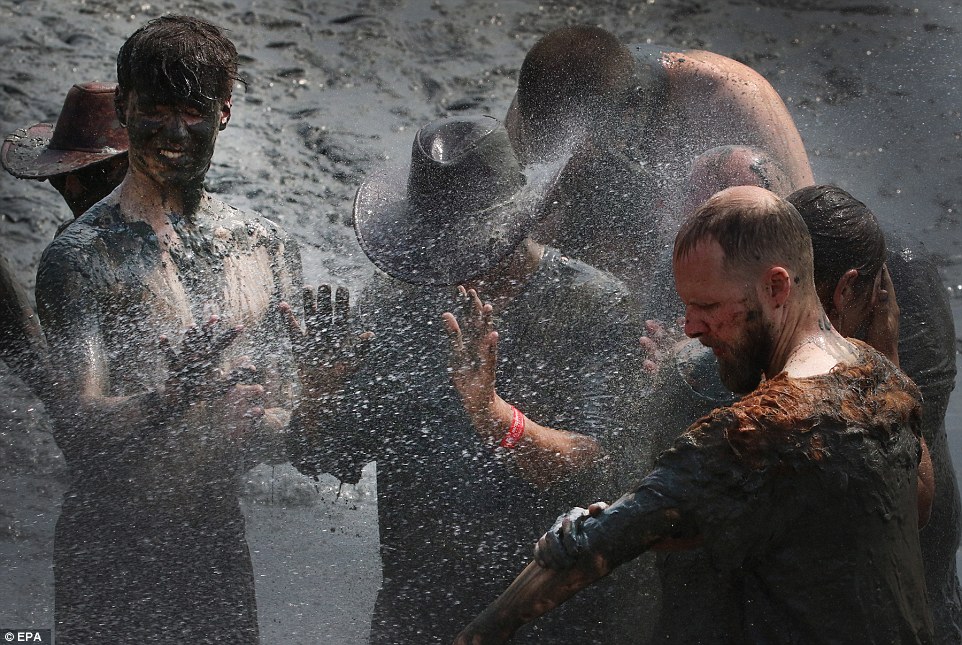 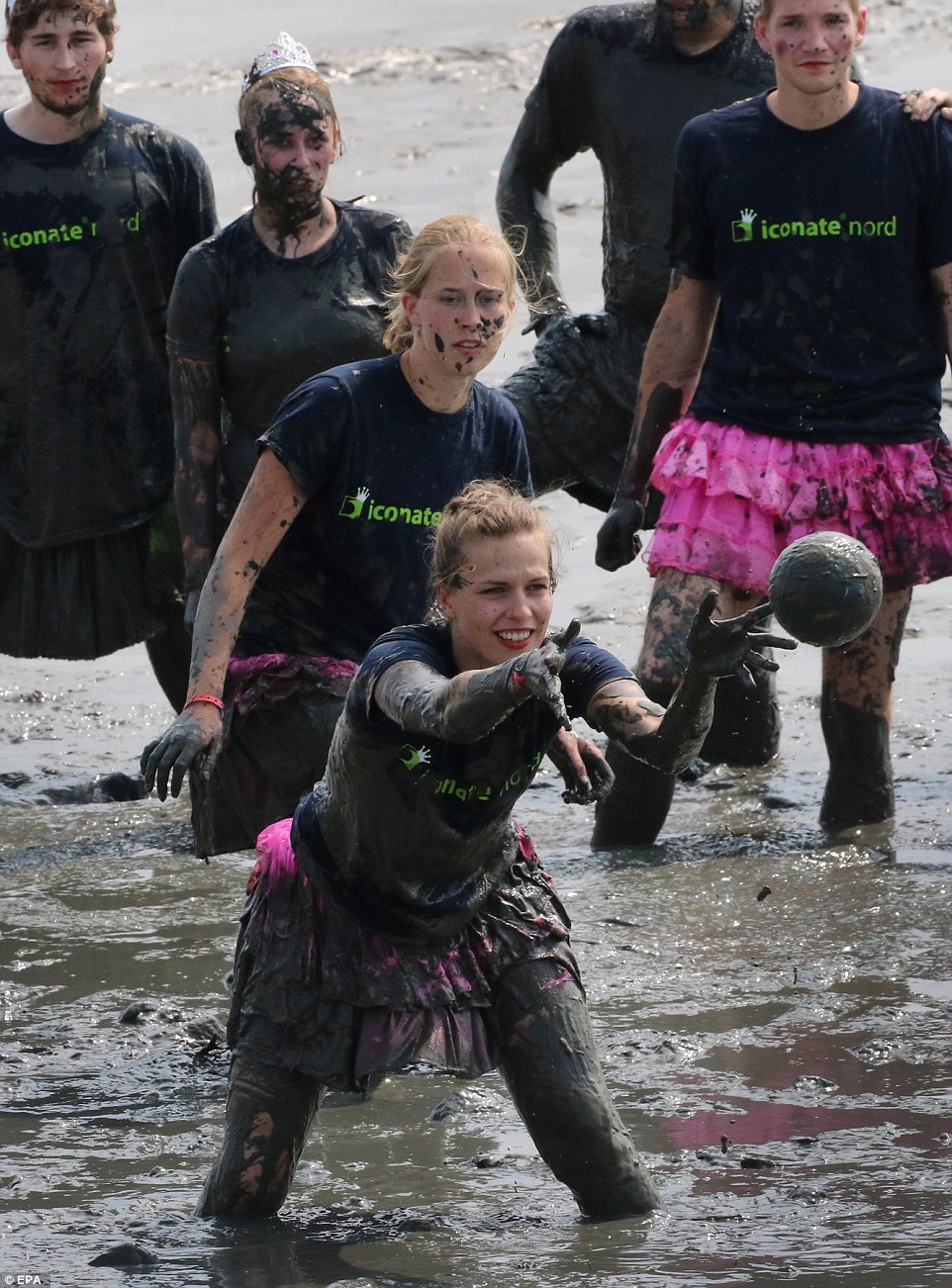 The recent heatwave hasn’t been a problem for Brunsbuttel, as the muddy banks of the Elbe have played their part in the success of this year’s Mudflat Olympics.